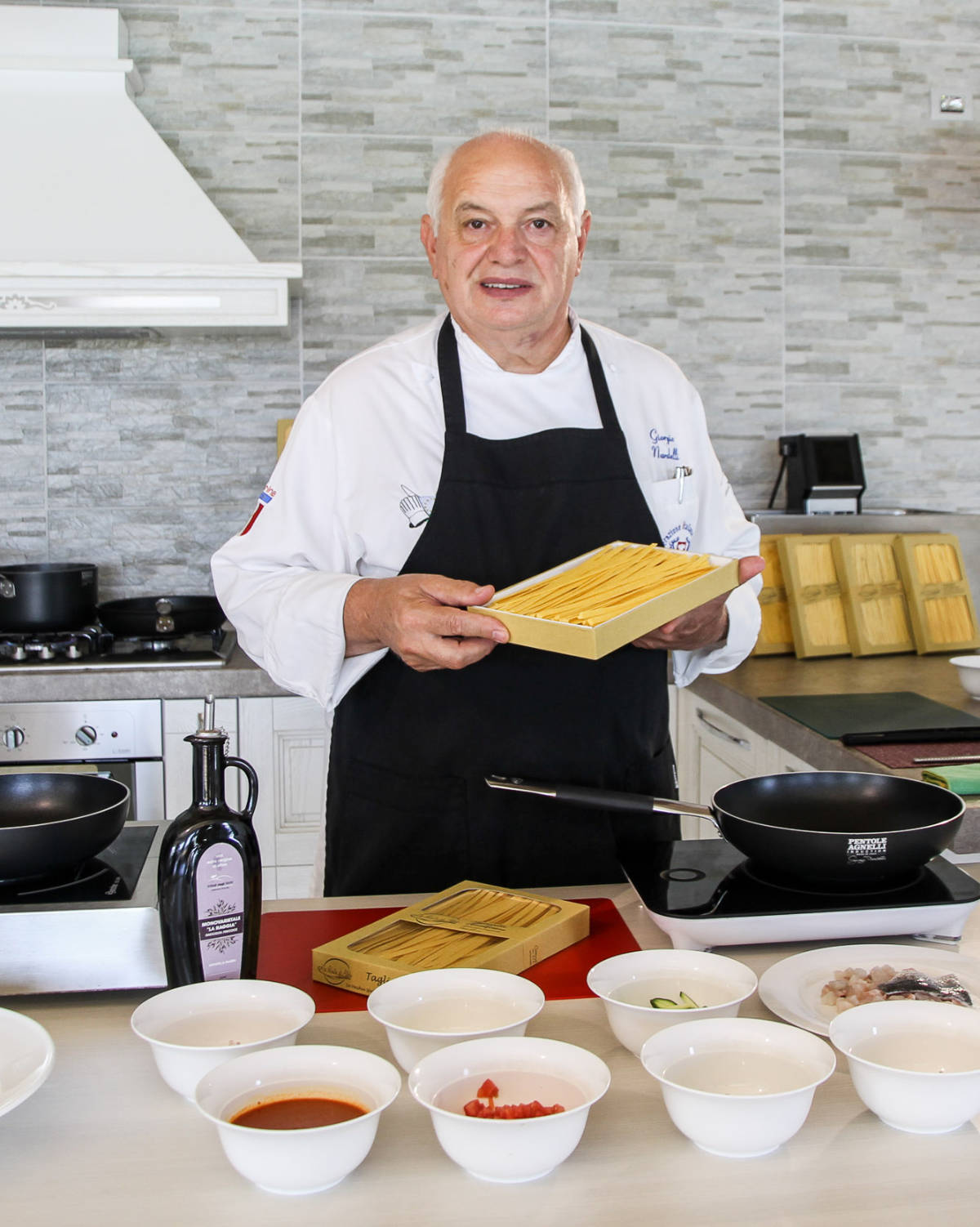 A long list of experiences, academic titles, awards, publications is what is normally mentioned when presenting this professional of long and wide experience, who has "lived" in kitchen all over the world and literally sailed across seas and climbed mountains. His adventure starts, at a very young age, in a pastry and bakery laboratory, moved by an interest that will soon turn into passion which will lead him to complete his professional studies and to refine his talent for cooking. He gradually runs all the steps of the career in prestigious establishments until he fills the position of Executive Chef at the at the five-star Park Hotel Laurin, in Bolzano.

He devotes himself to the drafting and publication of numerous texts, focused mainly on traditional dishes and to creating customized proposals that, not surprisingly, constitute volumes such as "Il Grande Libro dei Buffet", "Pasta e Basta", "La mia cucina", full of personal and creative suggestions, "La Cucina delle Nostre Valli", reinterpretation of some old recipes in a modern key, and last but not least "Smemorandum" all that we do not remember and that we would like to remember, just to mention a few of his works.

His cuisine is inspired by local tradition and does not contradict his origins in Trentino, starting from impeccable raw materials on which he intervenes with balance and measure in the search for innovation, without distorting its origins.

Chef Giorgio Nardelli has prepared tasty recipes with our products.